In fear of crime, being let down and feeling ignored – the 2018 National Rural Crime Survey reveals Rural Britain is living on the edge. 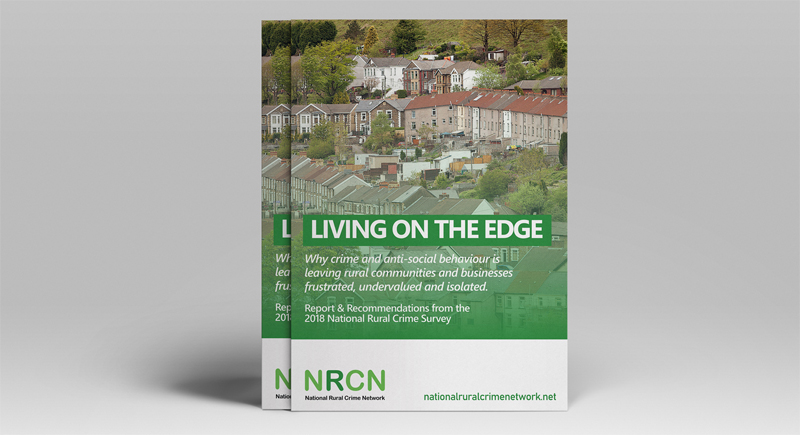 Rural communities are living on the edge – in fear of crime, unhappy with the police and feeling isolated and vulnerable, according to the National Rural Crime Survey.

The survey was commissioned by the National Rural Crime Network which is made up of 30 Police and Crime Commissioners from across the country, supported by a wide range of other bodies with a deep interest in community safety and rural affairs.

The Network has produced ten recommendations as a result of the survey:

Julia Mulligan is the Chair of the National Rural Crime Network and Police and Crime Commissioner for North Yorkshire. She says the survey must be a wake-up call for those in positions of power:

“These results are stark and worrying. Crime is up. Anger is up. Frustration is up. Trust is down. Those rating the police as good is down. With 10.3 million people living in rural areas, these are trends we can no longer ignore.

“Every decision affecting national policing moving forwards, from funding to safety and security, has to be set against the findings of this report.  This report needs to be listened to in the future when decisions on funding are being made, we can no longer continue to see funding being sucked from rural areas to urban. It simply isn’t good enough and politicians need to sit up and listen.

“I will continue to fight for rural communities, who should not have to put up with sub-standard services just because of where they live. This simply cannot be tolerated. Despite the passionate and professional police officers working incredibly hard day-in, day-out, them and the communities they serve are being let down because priorities lie elsewhere.

“The results of the National Rural Crime Survey, and the wider feedback from rural communities, should not be underestimated.  It is incumbent on policing, partners and on government and us all to listen, and to act.” 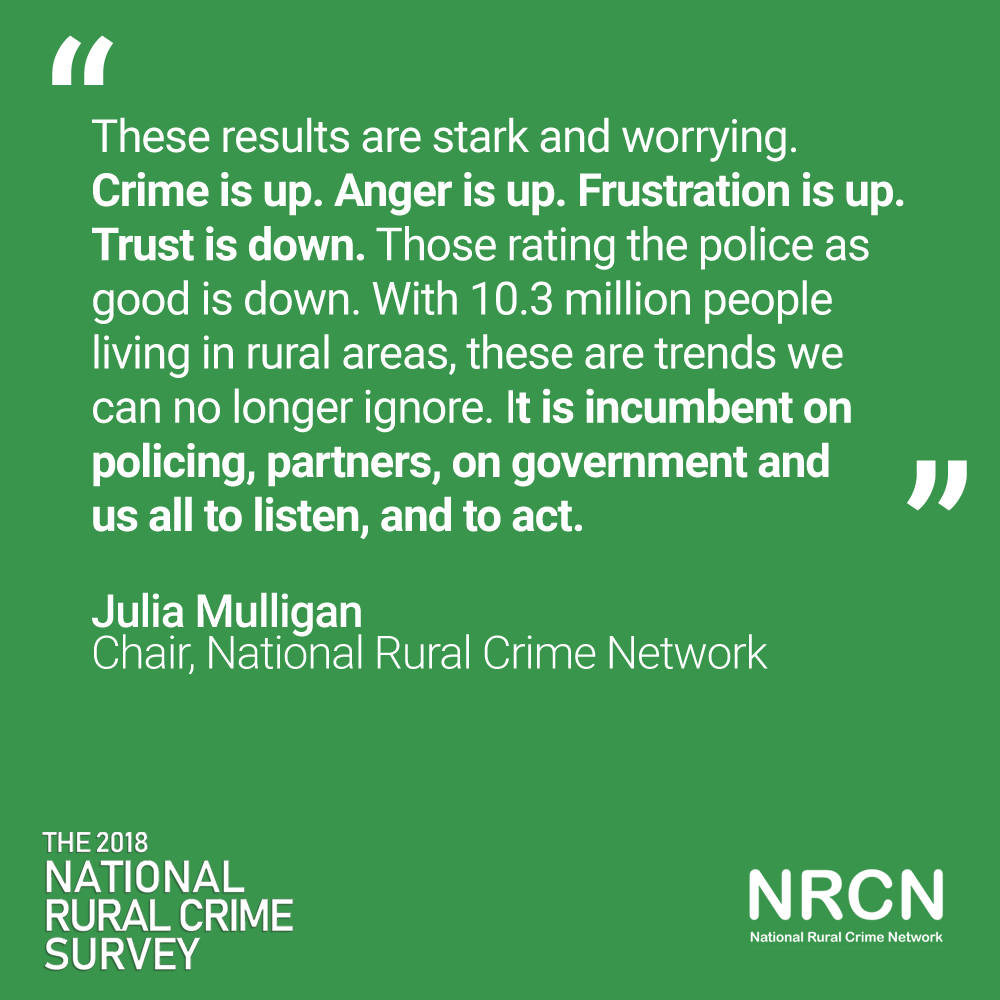 Research was carried out between 18 April and 10 June by independent research company The Buzzz. In total 20,252 responses were received from across England and Wales.