Teenager Aaron Christiansen has created an app for reporting poaching as part of Project Poacher, a new national campaign to combat wildlife crime. 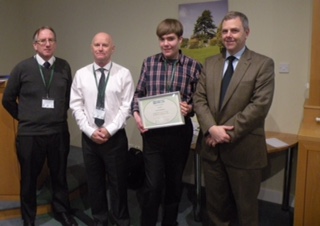 The 15-year-old’s app, created in his spare time, makes it easy to use a mobile phone to report to the police suspicious activities that might be linked to poaching.

The app can be downloaded free on Android, Apple and Windows phones and takes the user step-by-step through creating a report and allows them to pinpoint their location using the phone’s GPS. This data can be sent to the police together with information about the type of incident, vehicles or suspects and any other witnesses; the app also provides extra information about poaching legislation.

Aaron, from Clutton in Cheshire, said; “I have thoroughly enjoyed the challenge and experience I have gained. My future goals include taking computing at A-level and then studying computer science at university.”

Aaron was recruited by PC Tony Owens, of Cheshire Constabulary, who is playing a major role in the project. After failing to find help at a local university, he sought help from  Bishop Heber School, Malpas. The sixth form were involved with exams, so the head of computer studies recommended Aaron.

The app was launched at the National Wildlife Crime Enforcers’ Conference in Leamington Spa, where Aaron was presented with an award by the joint chairmen of the Partnership for Action Against Wildlife Crime UK (PAW UK), Chief Constable Simon Prince and John Kilner of Defra.

This is a link to download the app http://www.projectpoacher.com/