A police team dedicated to serving North Yorkshire’s rural communities is celebrating its first anniversary – and its 100th arrest.

One year in, and North Yorkshire Police’s Rural Taskforce is leading the way when it comes to dealing with crime and other issues that affect those who live and work in the countryside.

Now the team have pledged to keep up the pressure on rural crime over the coming 12 months.

In 2015, the National Rural Crime Survey discovered that rural communities were not only living in fear of crime being committed against them, but that they were under-reporting crime by up to a third.

In response to this, and following a meeting involving more than 100 stakeholders, North Yorkshire Police’s Rural Taskforce was established in April 2016. The team is made up of an Inspector, Sergeant, seven Police Constables and seven Police Community Support Officers, based across the districts of the county. In addition, there is also an intelligence analyst and a rural policing coordinator, ensuring that the Taskforce is responding to trends in crime flexibly and proactively by using information gathered from colleagues, communities, and partners alike.

In its first year, Taskforce officers made 101 arrests, reported 71 people for summons and seized 39 vehicles. 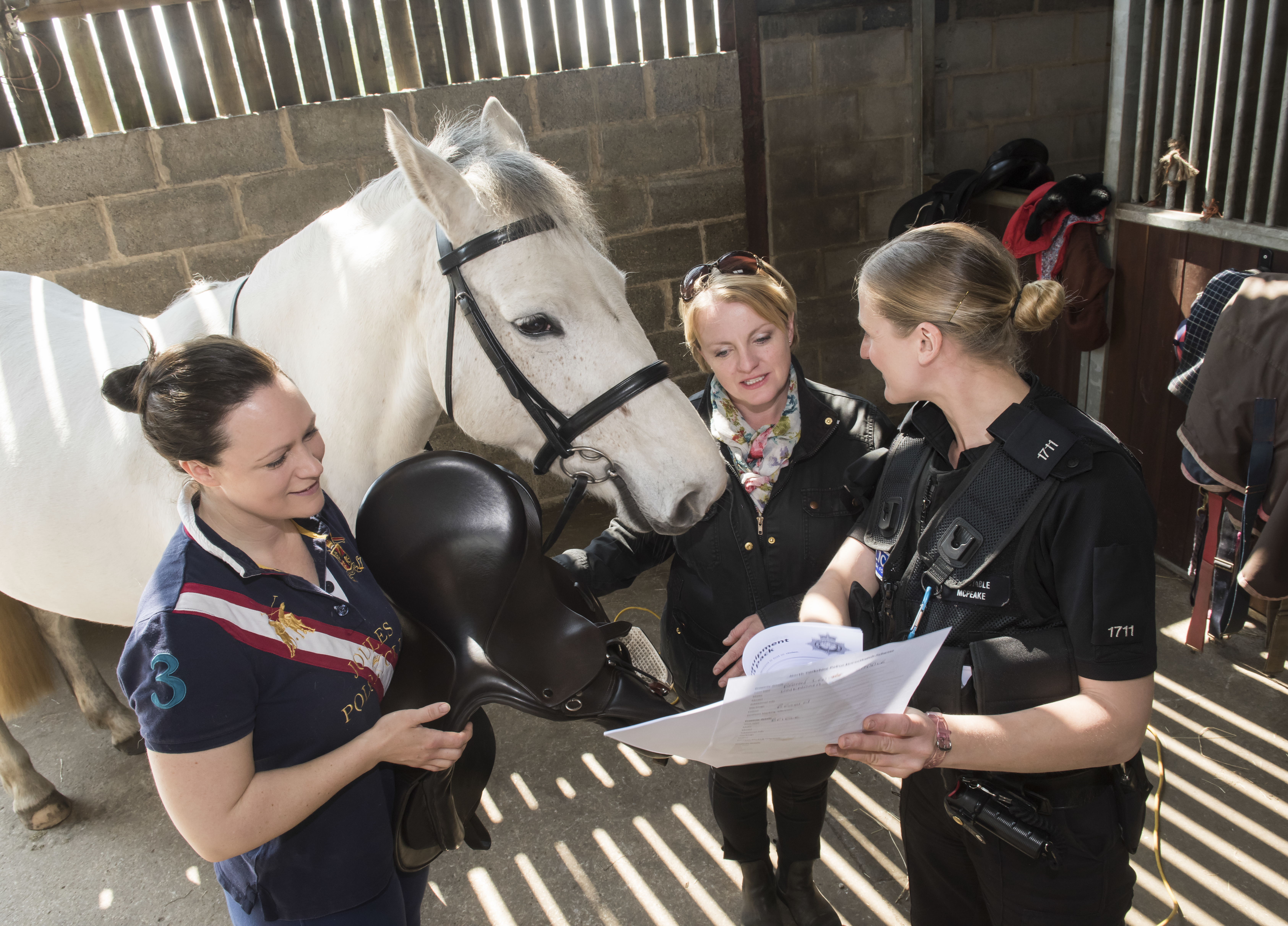 The Taskforce also works very closely with Rural Watch schemes – community volunteers who provide invaluable support to the police in their area.

Inspector Jon Grainge leads the Rural Taskforce. He said: “The team have had a very busy – and very productive – first year of operation. Crucial to our success is working with the community, talking to local residents and businesses, understanding the issues that affect them and offering advice wherever possible. There have been thousands of conversations over our first year and this year we’ll have thousands more.

“That two-way communication is vital, and we need people to continue to tell us about suspicious incidents. Particularly in rural areas, local residents and businesses can act as the eyes and ears of the police, helping us clamp down on crime and anti-social behaviour whenever it occurs. Local people know when something or someone is suspicious, out of place or unusual in your community and we need you to tell us about it.”

The Taskforce has also been addressing wellbeing issues, recognising that that people in rural communities can be vulnerable. Officers and PCSOs have been distributing leaflets to make people aware of the support available, and are working with partner agencies to ensure appropriate interventions take place, and help is provided where necessary.

Other successful campaigns pioneered by the Taskforce in the last 12 months include:

The Taskforce are working on many more initiatives, with further operations and campaigns planned throughout 2017.

Julia Mulligan, Police and Crime Commissioner for North Yorkshire, said: “Back in September 2015, I conducted the largest ever rural policing survey through the National Rural Crime Network. The results were stark and showed that crime in rural areas often went unreported and levels of satisfaction and trust in policing were considerably lower than in the urban areas. Just five months later, we launched the largest rural taskforce in the country here in North Yorkshire, and are now at the forefront of best practice when it comes to policing a large, rural population. The feedback from the public is clear – the Rural Taskforce has made a positive difference.

“My thanks go to the extremely hard working team who have put everything into the Taskforce. Their dedication has been a key reason for its success.

“Should the National Rural Crime Network choose to run the survey again, which we hope to do, I have no doubt the feedback from people living and working in rural North Yorkshire would be much improved.”

Assistant Chief Constable Amanda Oliver, of North Yorkshire Police, said: “It’s been a really positive 12 months for our Rural Taskforce, and I have seen first-hand how the team are already making a genuine difference in communities across North Yorkshire.

“Last year we made a commitment to work really closely with local people and agencies to address the needs of our rural communities, and I’m confident the Taskforce has delivered on that pledge – and I know the hard work will continue this year and beyond.”