With the lambing season underway, North Yorkshire Police is joining up with four other rural Forces to take part in a new initiative that could lead to a tightening up of the law against dog attacks on livestock.

Since September 2013 there have been 325 reported dog attacks on livestock in North Yorkshire, and it’s a similar picture in some other rural areas*. Injury to livestock can cost farmers and livestock owners thousands of pounds, but police and countryside campaigners are concerned that there may be gaps in the current laws that make it more difficult to deal with the issue effectively. 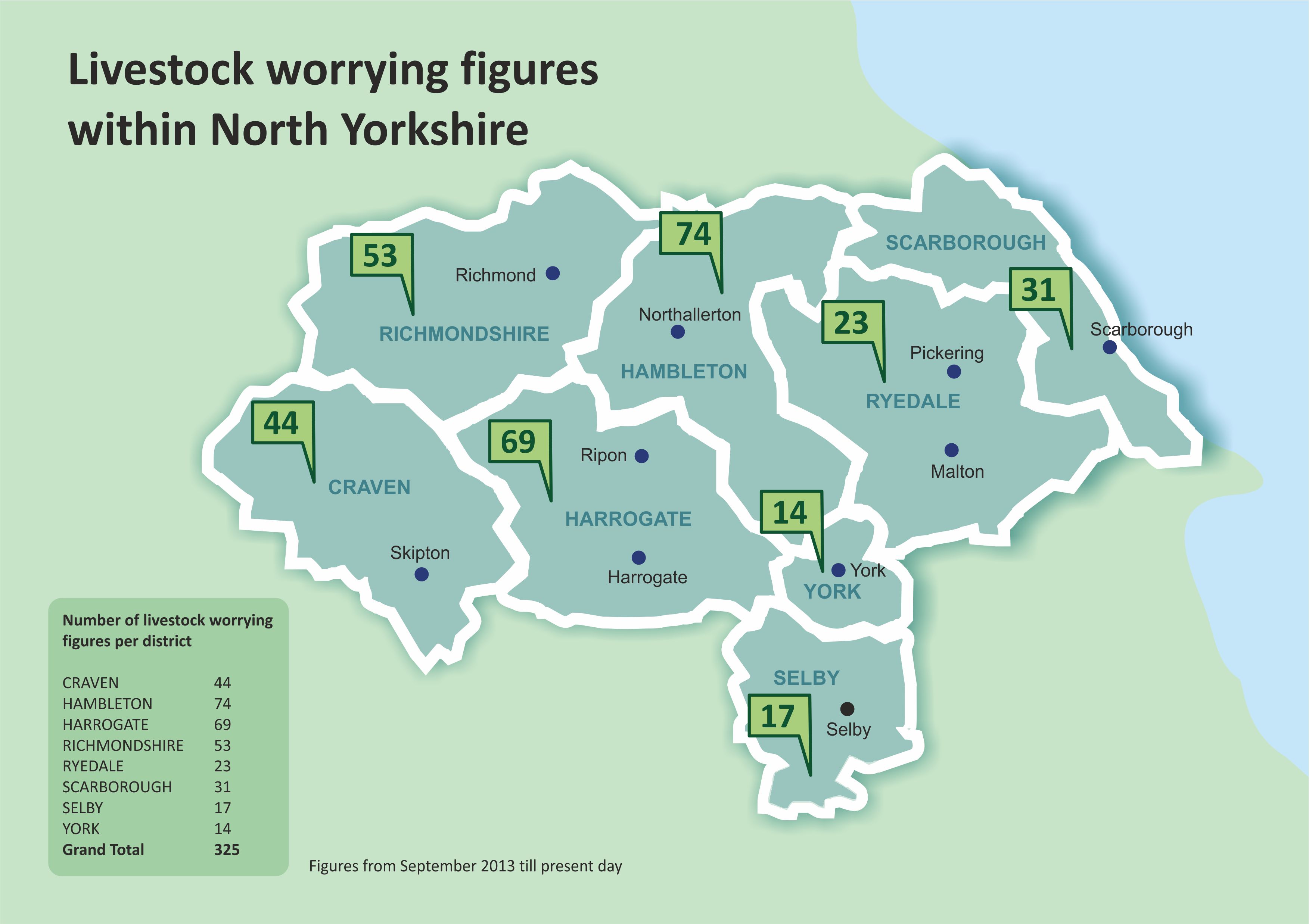 This week (21 March 2017) North Yorkshire Police has joined up with four other Forces**, Sheepwatch UK and the Animal Health and Welfare Board for England to launch a special initiative aimed at gathering more information about dog attacks on livestock, and the power of the police to deal with them. The Forces will look at how livestock attacks are reported, recorded and handled, to assess whether the law needs to be changed or updated.

Chief Constable Dave Jones of North Yorkshire Police, who is the national policing lead for rural and wildlife crime, explains:

“Our experience of dealing with dog attacks suggests that there are some areas of the current legislation that could be improved. For example, the definition of livestock doesn’t cover all the types of animals that we know can be affected. In some cases, the police can’t legally seize a dog that has been involved in an attack, which makes it difficult to prevent the same thing happening again. And whilst livestock damage can be extremely costly for the animals’ owner, the maximum fine under law is relatively low and can be disproportionate to the loss. We believe that there may be scope for the law to be tightened up, but we need hard evidence to confirm it. Through the initiative we have launched this week, five rural Forces will start to gather more details about dog attacks on livestock so that, if the evidence supports it, we can present a clear case to support a change in the law.”

The dog attack evidence initiative was launched on 21 March with an event at the House of Lords in Westminster, where representatives from North Yorkshire Police, together with farming and livestock associations, discussed the issue of livestock worrying and dog control with MPs from the All Party Parliamentary Group for Animal Welfare. MPs heard that the initiative will last approximately six months with an initial report expected in September.

Meanwhile, police are calling for dog owners to be responsible when out in the countryside and keep their pets on a leash around livestock. North Yorkshire Police is also urging farmers to report any incident of dog worrying by calling the police on 101.

*Since 2013, Sussex Police has reported approximately 560 dog attacks on livestock. In North Wales the figure totals around 400 incidents in the same period.