As the barbaric act of hare coursing continues to plague rural communities, on behalf of farming families the Yorkshire Agricultural Society is saying, “enough is enough” and launching a survey to find the experiences of its members. 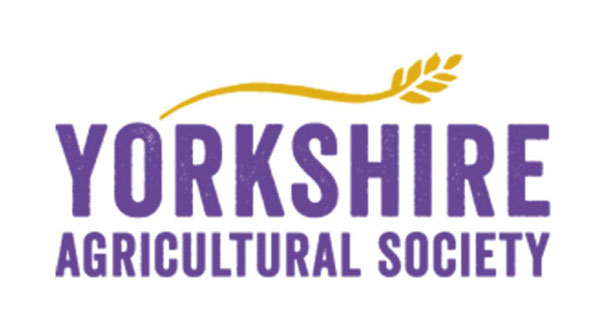 Ineffective laws to prosecute offenders, an inconsistent response to police calls and significant underreporting of the crime means too little is being done to stop the countryside from being targeted by criminal gangs who use dogs to illegally pursue and destroy wild hares, according to the Society, who add that – in some cases – associated online betting is believed to fund these criminals who are linked with other serious organised crime in both rural and urban areas.

As an indication of the prevalence of hare coursing in some parts of Yorkshire, in the Hambleton district alone, 157 incidents were reported to North Yorkshire Police during December 2020 – some five incidents a day, on average. However, the Yorkshire Agricultural Society (YAS) believes this is merely a snapshot of the true scale of the crime which spikes on farmland during the winter months.

Anecdotal evidence suggests that some farming families do not report hare coursing because they lack confidence in police and the criminal justice system to punish offenders, while others hold back over fears for their family’s safety in case of reprisals.

Nationally, there have been at least 167 hare coursing prosecutions over the past 15 years, representing a mere tiny fraction of suspected hare coursing incidents across the country.

To highlight the problem, the farming charity is today launching a survey of its membership and the wider agricultural community to confidentially gather much-needed evidence of the real prevalence of the crime, gain a greater understanding of its impacts on farming families and gauge confidence in police responses.

Charles Mills, a farmer near York and YAS Show Director, has experienced hare coursing on his farm for at least 35 years. He urged YAS members to have their say on hare coursing by filling in the online survey. Findings from the survey will be shared with a coalition of countryside organisations who are lobbying for legislative change.

Charles said: “Hare coursing is an awful menace and I know my family is not alone in seeing our farm and our home targeted by criminals whose barbaric acts decimate wildlife – wildlife that we create vital habitats for as part of our approach to managing the landscape. We want to show our support for other farming families who find themselves in similar situations and add our voice to calls for change.

“What is so important is that when farmers report a live incident to police, they respond with due urgency. It would be of great reassurance if call handlers communicate consistently, providing clear information when officers are being dispatched so the farmer knows when they can expect police to arrive.

“This crime isn’t going away, which is why the Yorkshire Agricultural Society is urging members to help us build up evidence about hare coursing to strengthen our case for this offence to be taken more seriously.”

YAS endorses the calls for legislative change being made by a host of countryside groups. The Country Land and Business Association (CLA), National Farmers Union (NFU), the Countryside Alliance and other wildlife organisations have been working to bring forward amendments to the Game Act 1831 which will provide the judiciary with greater prosecution and sentencing powers. This includes an amendment to enable police forces to recover the cost of kennelling dogs which have been seized and held pending prosecution.

CLA North Adviser Libby Bateman said: “We have met with Defra (the Department for Environment, Food and Rural Affairs) and have presented a proposal for amended legislation but sadly this isn’t getting much traction so we are preparing a Private Member’s Bill and working with MPs to bring this forward to Parliament.

“We’re pleased to have the support of the Yorkshire Agricultural Society on this campaign and encourage anybody who witnesses hare coursing to report it to the police immediately, either by calling 999 if it is a crime in progress or 101 to submit intelligence after the event. Avoid direct challenge or confrontation with hare coursers as they are often unpleasant individuals.”

NFU North East Regional Director Adam Bedford said: “The NFU has regular discussions with the national police leads on hare coursing, and we agree with them that the dog is the key asset of every courser and the threat of the animal being seized by the courts is an important deterrent in the fight against this serious wildlife crime.

“It is absurd that dogs are returned to convicted coursers and kennelling costs cannot be reclaimed from the offender. The NFU is urging all government departments, the Sentencing Council, and the Crown Prosecution Service to work together to ensure dogs aren’t returned to anyone convicted of hare coursing.”

Julia Mulligan, Chair of the National Rural Crime Network and North Yorkshire Police, Fire and Crime Commissioner said: “Too many senior police officers and government ministers do not take hare coursing seriously because they do not understand its impact. As well as the offence itself, landowners and their families end up living in fear with repeated threats and violence. There is also an understandable lack of confidence that anything will be done to address the crime or ensure those caught will receive the strong sentences that would deter them from reoffending.

“This has to change, but one of the challenges those of us making this case face is showing the extent of the problem through evidence and not just anecdote. The Yorkshire Agricultural Society’s survey will support those efforts and I would encourage all members to take part, have their say and I assure them that they will be listened to.

“I am confident that new police leadership on this issue will make a difference in the future, and anything we can do to make our case as compelling as possible will be important to help them help us tackle the scourge of hare coursing.”

YAS members are being emailed a link to the hare coursing survey which closes on 31 March 2021.