The largest ever survey into crime and anti-social Behaviour (ASB) in rural areas has been launched in England, Wales and Northern Ireland to find out how the police can better serve rural communities. The survey, launched by the National Rural Crime Network, is calling for people who work or live in rural areas to come forward and give their views on policing in their community, the impact crime and ASB has on  them and their neighbours and to ultimately help shape the future of crime prevention and rural policing.

Anyone living or working in rural areas is being encouraged to take part in the survey to help build a picture of what is a widespread but often misunderstood issue.  You don’t need to have been a victim of crime to have a view on how the police work.  You may be concerned about police visibility or response, see incidents that go unreported, or you may have a local officer who is engaged and proactive.

Against a backdrop of policing budget reductions and a growing focus on higher crime areas, the new survey will assess how crime and ASB, as well as the threat of potential crime, affects individuals, both financially and emotionally. It will also shed light on the human implications of crime and the fear of crime seeking to explore the impact not just on individual victims, but also communities as a whole.

Any crime that happens in an urban area can, and does, happen in rural areas too, and how policing is delivered affects everyone living and working there.  Traditional farm-related incidents such as fuel theft and sheep rustling make up just one part of the problem; we need to understand all the other issues that affect people in our remoter areas, as well as in market towns, villages and the countryside more generally. 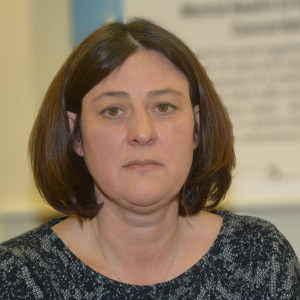 Chair of the NRCN, Julia Mulligan, who is also North Yorkshire’s Police and Crime Commissioner, commented: “The full scale of crime in rural areas has never before been assessed. Whilst official figures show rural crime, like crime in general, is decreasing, we are concerned about the wider implications on people and communities. The fear of crime can be as detrimental to people’s wellbeing as crimes themselves, so we are keen to find out more through this survey. Our aim is to build a clear picture of the issue to shape future delivery of services locally and nationally. By completing the survey, people can really have their say on how crime affects them and what they expect from local police and their partners involved in community safety.”

The survey, which is taking place with support from the Home Office, aims to build a body of information to improve national awareness of crime in rural areas as well as provide a clearer picture of attitudes towards crime to help inform government and local policy.

The findings will be important to ensure the human costs such as psychological impacts of crime are taken into account and police funding is spent where it is most needed, rather than simply being channelled to urban conurbations. The ultimate aim is to make rural communities safer.

While the survey will aim to provide a comprehensive overview of the scale and financial cost of crime and anti-social behaviour, it will also measure the emotional impact of crime in rural areas by asking how incidents made victims feel and the longer term effects on confidence and security.

Mulligan continued: “While average crime rates do tend to be higher in urban areas, tackling rural crime comes with its own specific challenges whether that be the ability of police forces to respond quickly or the scale of crimes which may go unreported. This survey is an important step towards delivering a better service to communities and making the countryside a safer place to live and work.”

The National Rural Crime Network (NRCN) is supported by 29 Police and Crime Commissioners and police forces across England and Wales. The Network, established in July 2014, includes a wide range of organisations with an interest in community safety and rural affairs such as the National Farmers Union, Historic England, Neighbourhood Watch and Crimestoppers.

The survey will be open until Wednesday 24 June.

Visit the Media centre for logos and leafletts to help you promote the Rural Crime Survey.