Now the clocks have gone back, the nights get longer and the temperatures colder, one crime that increases is fuel theft.

Here are some useful tips to protect your fuel and prevent theft:

A 1,000-litre tank can be drained within minutes and a tank that’s not properly protected will make an easy target for thieves looking to make some quick money.

Statistics show that of all the items available on a farm, fuel was the eighth most likely thing to be targeted by criminals. This means that thieves stand a higher chance of stealing these liquids instead of horses and tractors.

Fuel thieves traditionally target farms during the longer winter nights as the extended cover of darkness gives them more opportunities to get away with the theft unnoticed. These criminals often use just a basic tube to siphon away the fuel but more sophisticated apparatuses – such as pumping systems – have been reported by police.

There are several measures which farmers can use to minimise their chances of suffering the effects of fuel theft. After all, with some tanks costing thousands of pounds to refill, a successful criminal could put their victims into financial hardship.

Report any robberies or suspicious behaviour.

This should be common sense but locking down a tank with a secure cap or hardened hoses is always worth doing. However, with some thieves employing pumping systems to extract fuel, it’s almost certain that these individuals will turn up with gear to slice their way through basic locks. It is always worth investing in a good-quality lock but this shouldn’t be your only line of defence.  If a determined criminal has time on their side, they could potentially just drill straight into the tank to extract the contents.

Most criminals use the cover of darkness to escape with their spoils so preventing this with a reliable lighting system can go a long way to tackling fuel theft. For example, the tank could be covered with a spotlight while this system could also be put on a motion-activated system to avoid annoying neighbours. Illumination should go a long way to dissuade those acting suspiciously.

For years, petrol stations have been using CCTV to catch individuals who drove off without paying for fuel. As well as providing evidence to police, these systems also help dissuade other motorists from committing the offence. Investing in a similar setup could have the same effect. Modern CCTV is relatively affordable and can be a valuable tool in your arsenal against fuel thieves. At the very least, a reliable system is far cheaper than the contents of most filled tanks.

Keep your oil tanks close to your house or work premises so you can see any movement around the tanks with ease. This is also to act as a deterrent as thieves will prefer more remote tanks to ensure they are not spotted. However, this is not always possible so installing fences and locked gates around a fuel tank can also be a great deterrent. To have maximum effect though, these should be as high as possible. If this stretches your security budget, you could consider a greener solution. Planting shrubs or prickly thorns around your tank can also be quite effective. Modern forensics mean that a thief forcing his way through a bush will leave enough evidence to identify themselves. The prospect of clambering through spiky foliage should be enough to dissuade many a criminal.

Burglar alarms are useful to prevent access to property and might be a valuable asset if your tank is stored in an outbuilding or shed. Alternatively use an electronic level gauge to keep an eye on the amount of oil or fuel you have in your tank at all times. You will then be alerted if the figures don’t add up.

If the system detects something amiss – such as a sudden drop in contents – it will send out an alert such as a text message.

If you have time conduct a daily audit of tank levels and consumption can help with forecasting and identifying how much fuel is generally required month to month and can help identify sudden drops or possible incidents of tampering. This also means that fuel thefts can be discovered almost immediately after they occur.

Rural fuel theft is a serious issue and one which can seriously hamper a business. This is especially true for farms which have been the victim of this offence before as criminals are more likely to try again if they’ve been successful. Investing in appropriate insurance should be a must in the event the worst should happen.

There is no fool-proof way to prevent yourself becoming the victim of fuel theft but these measures should help make you a harder target. 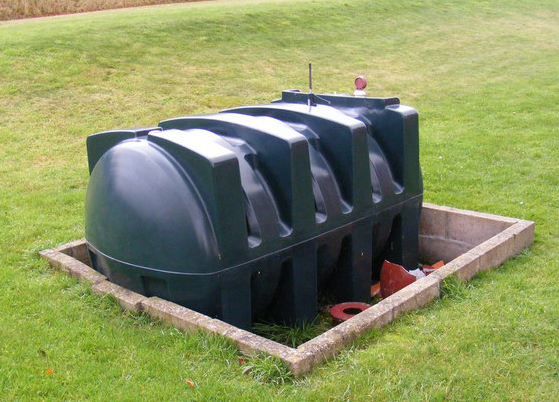